Danger Data is no longer updating regularly, but may return in the future.  Thanks!

Jeremy Griess has been missing since April after a walk in the Wilkerson Pass area of Park County,  Colorado.

The only lead to a Westminster, Colo., man’s disappearance may lie in the last contact with his Blackberry device, recorded at Badger Mountain just east of Wilkerson Pass in southeastern Park County.

According to a Web site set up to assist in his search, a check of his cell phone by Commnet revealed that it registered a signal in the Badger Mountain area on April 11 and April 14, when contact with the device was lost.

Griess is a mountain biker, fisherman and hiker who is familiar with the Eleven Mile Reservoir and Canyon area.

Update:  It appears Chelsea King was murdered – our condolences to the family.

This  appears to be a stranger abduction.

You can help the family find her by checking in here and following the information at Facebook and Twitter:    www.FindChelsea.com

There appears to be a lot of activity on Twitter and Facebook about this case so this will be something of a test of how effectively social media can spread the word.    In a case like this I’d be more optimistic about the use of mass media targeted to the region where the victims were last seen than social media, but it probably can’t hurt unless the family gets a lot of spurious sightings.    That was a challenge with the James Kim family here in Southern Oregon where bogus sightings sucked some of the resources away from the search, and distracted officials from the real data that eventually helped find the Kims.

The NTSB National Transportation Safety Board has ruled the Steve Fossett crash was likely caused by downdrafts in the California mountains area where he was lost some two years ago:

Manitoba Search and Rescue Association on Saturday to look for Amber McFarland, 24, and Jennifer Catcheway, 18, both of Portage la Prairie, Manitoba.

More about the missing women.

A hiker went missing during a hike in Shenandoah National Park ten days ago and searchers still have not found him.    He’s reported to have excellent survival skills and weather this time of year is mild in that area, but given the number of roads I think a healthy person would almost certainly have found their way out by now.

More about the missing man is here

News is now reporting that the wreckage found near Mammoth Lake, California is indeed from the plane of Steve Fossett who has been missing for over a year.  On Monday hikers found an ID belonging to Fossett, some cash, and on Tuesday a jacket.   No body has been found as of Thursday October 1 but some believe that animal scavenging combined with the long time frame make it unlikely his body will be recovered.

Fossett’s disappearance led to one of the largest search and rescue efforts of the past several years, where even internet satellite imagery was scanned by thousands of volunteers in an effort to find signs of Fossett or his plane after he flew from Barron Hilton’s ranch in Nevada on a day trip to scout the area for dry lakes.

The wreckage was found about 125 miles south of the ranch in the mountains near Mammoth Lakes.   The fact that this area is wooded and was not a major focus area of the search may explain why the plane was not located in the initial search efforts.

A hiker and locals, apparently from the Mammoth Lakes area of California, have found ID, money, and a jacket that appear to be from missing aviator Steve Fossett who was flying in this area almost a year ago. The items were found Monday according to the hiker.

I’m really confused about this turn of events because it does not add up that Fossett survived the crash only to fail to create enough of a ground footprint to be found. Fossett was one of the most advanced adventurers in the world and it seems he would have been able to create signals visible for hundreds of miles. I’m thinking this is either a hoax by the hikers (my top choice), or an indication Fossett’s death is indeed mysterious. Why would he not leave a crystal clear trail?

Here is the full story which includes this:

Tattered and crumpled on the ground, the Mammoth Lakes local found what appears to be two FAA cards that listed the name Steve Fossett, both were apparently either issued or had some sort of connection to the State of Illinois. The two cards were found with a small amount of money and not far away, a sweat jacket, also a bit worn and beaten up from the weather.

Tara Grinstead, a Georgia Teacher, went missing from her home after a late night out with friends in October of 2005.    See the Find Tara Website for the latest details in this troubling case. 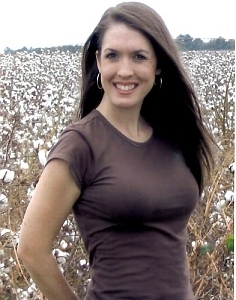 This great story shows that people can survive a long time, even in very adverse circumstances.   A canadian couple missing for weeks showed up exhausted but relatively healthy after getting lost in the Canadian Wilderness.